The little Tiffie is very nearly finished now, I just have some new cannons to fit the dowels to for mounting, and we're all done.  I've been having great success printing PETG recently, so I've done the guns in that.  They seem very strong compared to PLA parts, so I'll keep a printer set up specifically for PETG from now on I think.

OK, to the photos then. 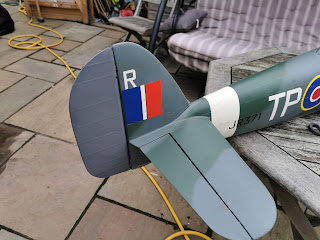 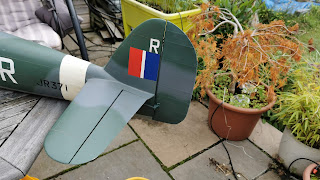 A quick bit of weathering.  Some silver to pick out around the hinges, then a light brushing of a light brown pigment powder across the top of the rib tapes; 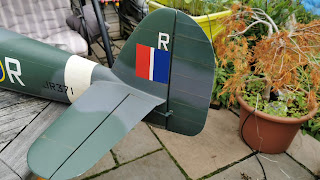 Finally sealed off with matt lacquer; 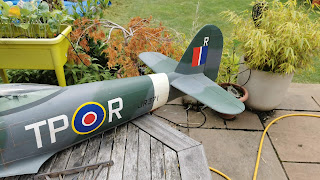 I decided to make a storage / transport caddy for her out of blue foam - nearly as heavy as the fuselage! 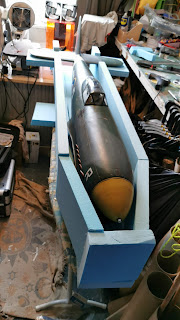 With a removable top spine to protect the sensitive bits; 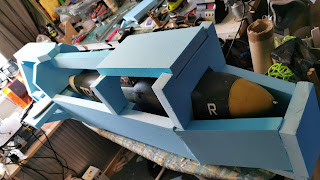 A little bit of bomb graffiti.  The release servo is now wired in and programmed up; 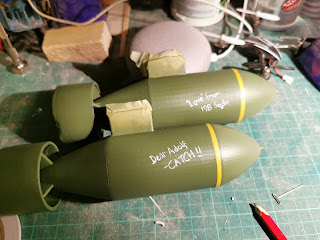 Other jobs include a printed RX mount; replaced the on/off switch with a newer HD item; tidied up the wiring as much as possible.
So that's pretty much it.  I hope to get some "beauty" shots before the weekend's event, if not I shall get some done whilst there.  I don't think my mods have added much weight, and I can actually see how to save a good few grams due to some balancing lead being in the battery box, where it could be reduced and added to the lead in the spinner.
That's all for now, keep on Tiffing.