I have been building up the C17 carcass, both front and rear fuselage sections, in readiness to build the spar box in - one of the first major structural jobs to do.  Some of the formers (if not all, come to think of it) have now been hollowed out in the middle, and some from the rear section will also get a bit of chain drilling as previously mentioned.

Longerons have been made up and joined, and dry fitted into the structures for checking purposes. 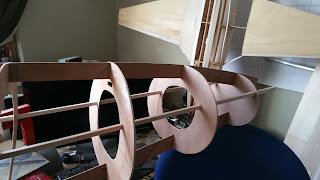 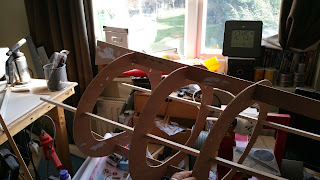 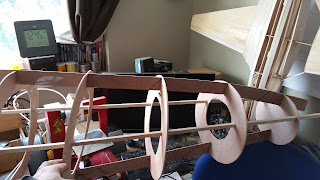 Messy!  It's hard to move stuff around much at the moment, due to the wings being in a fragile skin-less state.

F9a & b, which are at the fus join, require some reinforcement.  The 4mm ply isn't strong enough, and even before it is fitted the former is a bit curled up.  Not what you want at the joint, as it will be the devil's own job to square everything up later.  I decided to remake them out of 8mm, and do a bit of access hole creation. 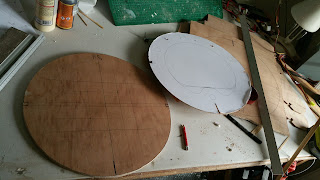 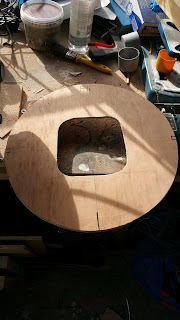 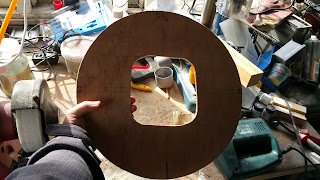 It's messy in the outside workshop too! I need a tidy up in here, as I have some spraying to do again soon. 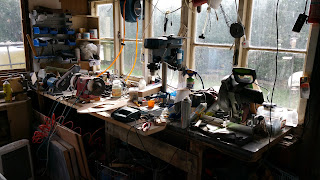