I had a great time on my favourite inland slope last weekend - the Westbury White Horse.  The best of these slopes is really the northerly ridge which is very long, and has nothing in front of it for a dozen or more miles - just the flat flood plains of the Wiltshire Avon. 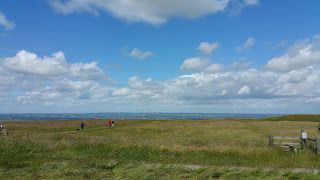 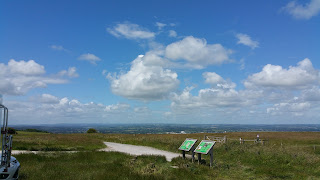 The above shots are from the car park - in the first picture you can see the start of the westerly slope as the hummock on the far right of the horizon line.  The westerly slope lets you actually fly over the ancient white horse itself - a very steep slope you would not want to land out on.  There is a shelf to the far right that can be used in emergencies, but to be honest I've never had variable lift on these slopes, that I've been flying since the late 80's. 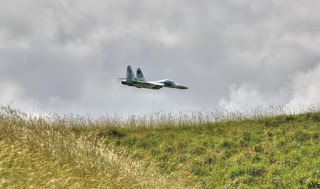 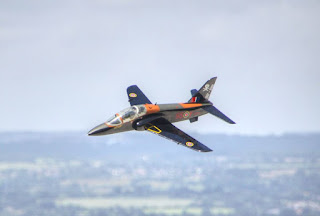 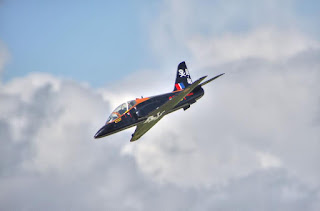 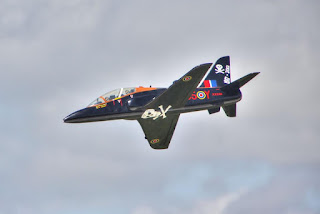 Pictures by Shona again of course!
So the Hawk went well as always, but the Flanker didn't get away too great from two launches - I think she was flying with way too much up-trim from the Bwlch visit where the air wasn't as great, and refused to push out into lift.
The first launch resulted in Shona putting a thumb through the bottom of the wing skin (oops!) and the second launch by me resulted in a landing behind the launch point.  It looked like she came down softly, but cracked the top skin on the fuselage around the hatch, and dislodged an interior aileron linkage too.
So the repairs, then :