And of course, another project - why not?!

This is a Willis' Warbirds 1:4.7 scale Typhoon, that originally had a 70cc single cylinder petrol engine in. She weighed about 38lb in that state, but I helped the seller strip the engine, noseweight, and retracts before I took her home - she now weighs 21lb "dry". 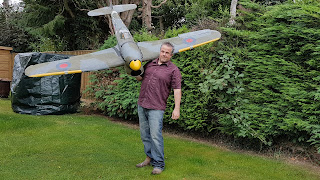 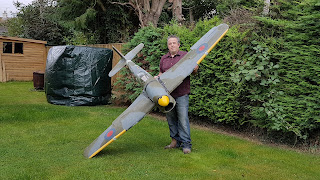 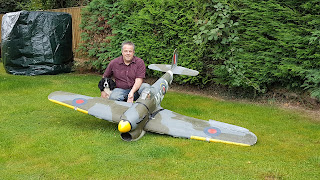 She needs for very little, really - just some tidying up and painting.  The paint job was half-sanded off, but leaving some lovely panel lines and rivet detail that I want to keep.  I've had a good look around at colour schemes too, as I'm not a fan of repeating letters in a registration - don't know why, it just looks odd!

So, this is another big project to get in alongside the C17 for (hopefully) April, or sooner if she's done.