Work is progressing well on all sorts of parts.  I've been on a bit of a glassing binge recently, getting a few parts done every night if I can.  Here the Typhoon ailerons, C17 elevators and wingtips are all getting their first sides glassed : 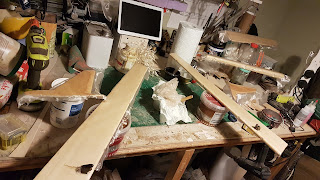 Then the second side : 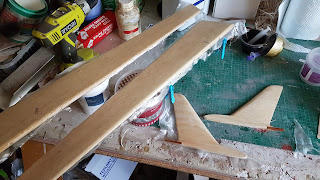 Rub down and clean-up.  Really liking the finish on these ailerons : 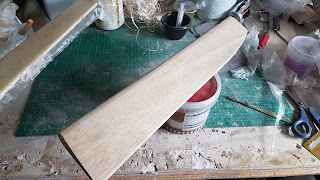 The Antonov has had its middle-fuselage-piece faced with 3mm birch ply, and the clamp plates secured : 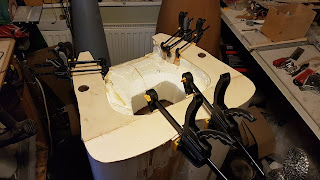 The rear fuselage piece has had the facing started, hopefully everything will be ready for covering by Sunday.

Just an update to show the C17 alongside the Antonov.  I have done a few bits on the C17 this weekend, including changing how the tail section is secured to the nose, which will make it quicker and more secure to put together. 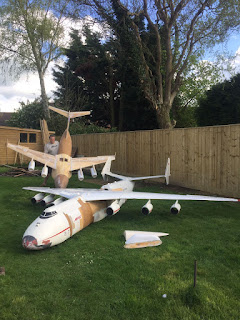 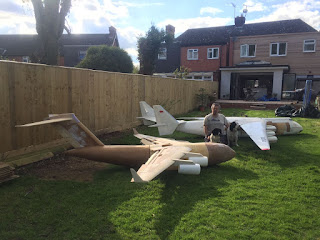 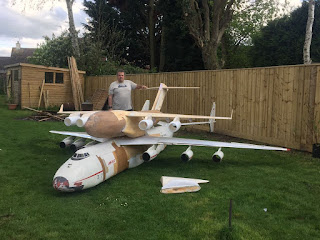 Email ThisBlogThis!Share to TwitterShare to FacebookShare to Pinterest
Labels: an-225, antonov, C17, Globemaster, Own Design, PSS

Antonov An-225 Mriya - the rebuild progresses

Lots of work on the 225 these past few days, including the biggest change - sawing the main fusealge in half.  This thing was 14 feet long, and made moving / transporting / handling / everything just too hard.  OK this isn't an everyday slope model, but it actually needs to not make me want to kill it every time I work on it.

Here is a snippet of the fus cut - join will be via 4 latches and 2 aluminium tubes : 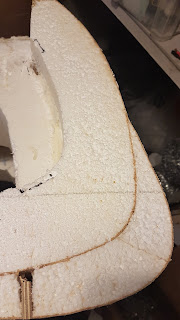 I actually read some instructions and figured out what I was doing wrong when binding the second RX to give me 16 channels on the Horus.  Wing programming is now finished.  Here the 4x 4200mAh LiFe batteries that will run everything, as well as the two receivers on their respective distribution / battery back boards : 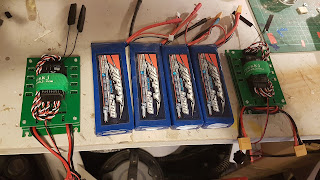 The nose is ready for some HK film now : 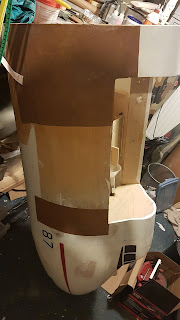 Flaps 3 and 4 (in-board centre section) have had new servos, servo arms and pushrods : 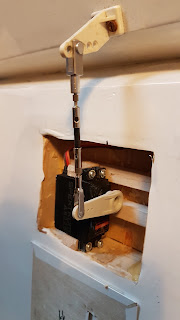 I'm now waiting on the wing tube delivery from SLEC so I can get the fus parts sorted.
Posted by Andy at 03:16 No comments:

Well, she's just about done now.  All balanced, and needed no noseweight, which is nice.  AUW is 2lb 2ozs - thank god I replaced the fin with a balsa one!

I was going for three colours on the top, but have stopped where she is for now. 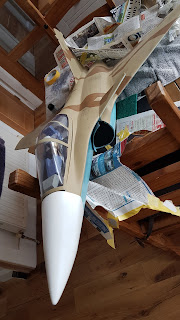 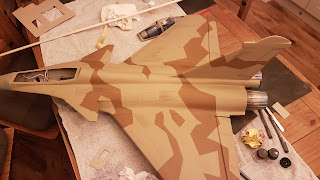 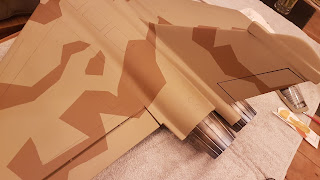 That's it, and she's ready for this weekend's (windless) PSS event in North Wales.  Done!

With a to do list of about 22 items, and realistically only 3 days to get it done (and still working for a living), the Antonov has been put on the back burner for the April meet.  So what to finish off instead? Well, the little Dassault Rafale is so close, it'd be rude not to!

Masked up the blue underside : 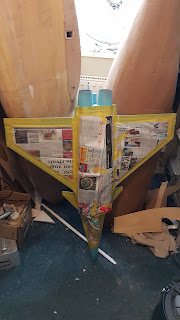 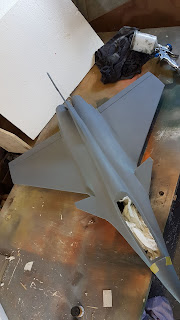 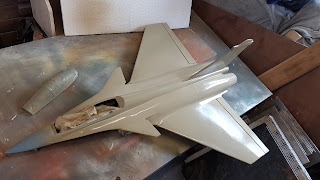 Drying off in the (new) kitchen : 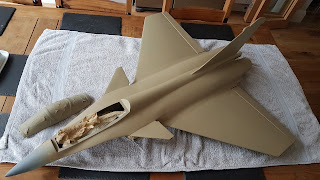 Masking up for camo : 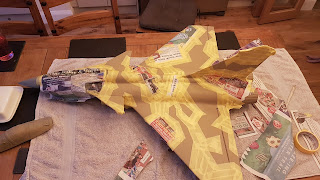 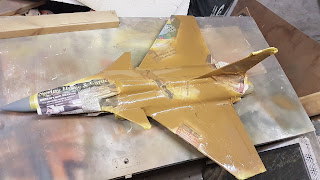 Off with the masking! : 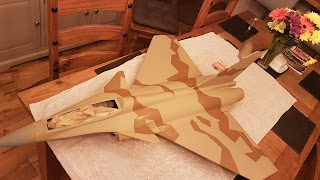 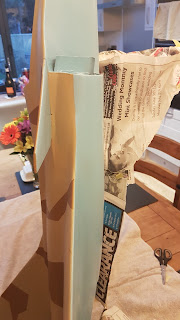 Time to get some decals and panel lines on, then she's ready for top coat.