The big beastie took to the air without problems last week, the re-maiden happening on the Long Mynd.  Nothing to report really, other than I need to stick some covering back down, and two of the engines need a rework where the release tabs have cracked off the top. 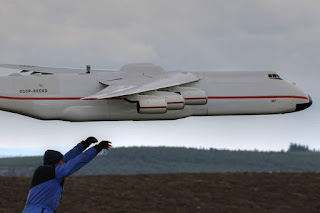 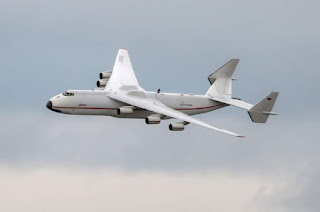 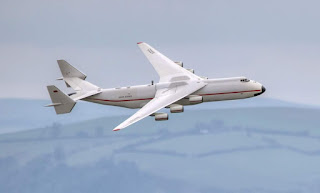 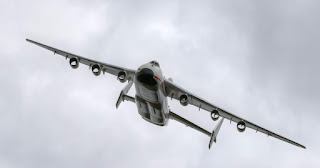 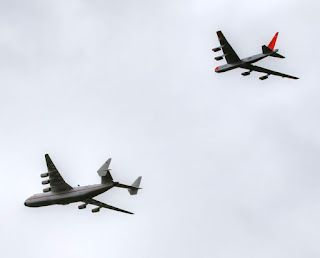 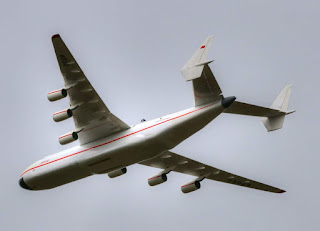 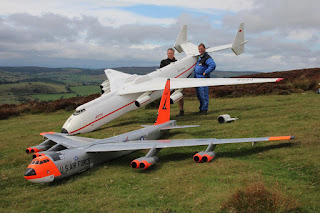 Email ThisBlogThis!Share to TwitterShare to FacebookShare to Pinterest
Labels: an-225, antonov, PSS

Exactly 2 months since my last update, wow.  Time flies when you're having fun I guess!  Some of the PSS events have been a waste of time due to the continued high pressure dominance that has lead to one of our hottest summers ever, and the resultant zero wind.

This hasn't slowed down this modeller however, meaning that I have been flying drones a lot more and getting models prepped and finished as much as I can for "when the wind will come again".

So, models then.  This little P51 is a Black Horse model that I found on the BMFA classifieds as an un-started kit. 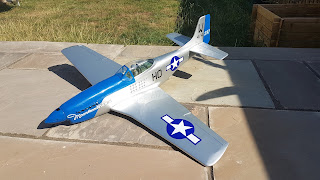 Here she is, finished and RTF at 2lbs 2ozs.  That's with about 5ozs of noseweight - which I could have saved if I wasn't so lazy with the radio install...

..which is shown here.  I could have moved the servos up in front of the wing, but that would have meant new control snakes, and...well...I didn't have any and I just wanted her finished. 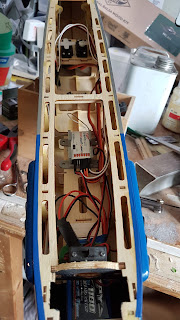 She has got a semi-symmetrical wing (2 part plug-in, with an aluminium spar, ace!) so won't fly in the lightest of winds.  We will see. 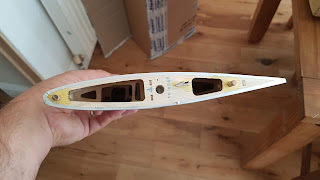