I won this glass fuselage a while ago on ebay, which was apparently a Mick Reeves product, but I'm not so sure.  I think it was a copy of one of his units, as the panel lines and rivet detail is there, but very feint.

Once the Tiffie and Seahawk were finished, I needed a new project to get my teeth into, so here she is.  I'm still moving the C17 along with a view to having her flight ready this year, but that's just non stop glassing.  I like to have an aiframe I can pop in to the workshop and do the odd 10 or 15 minute's worth of work on, rather than having to be there at least half an hour as is the case with the glassing on the C17.

Anyway, I ordered a set of foam wings from Cloud Models, that were very nicely cut, with spars, and veneer epoxied on.  A quick bench fly (ok, floor fly): 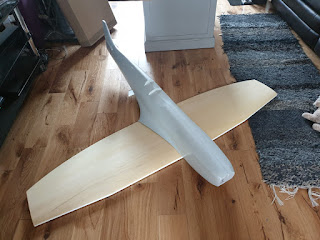 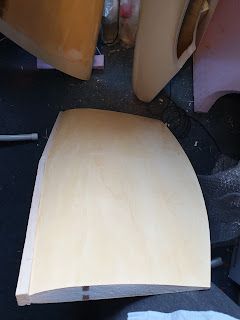 Big block of foam for the under nose area.  This is usually engine access on an MR spit: 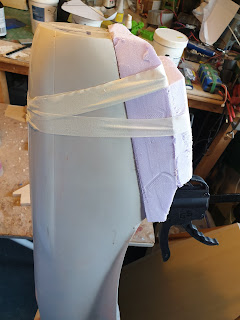 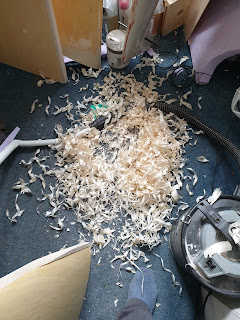 Tip on (ply core), and shaped along with LE: 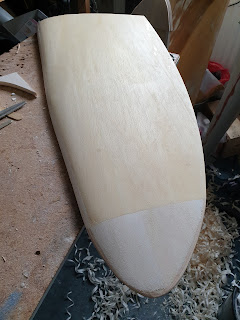 First aileron cut out and faced: 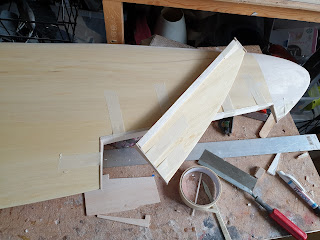 Both ailerons complete and hinged: 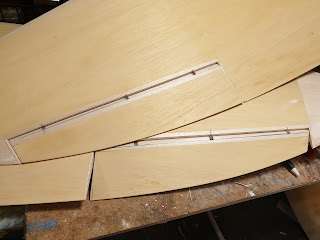 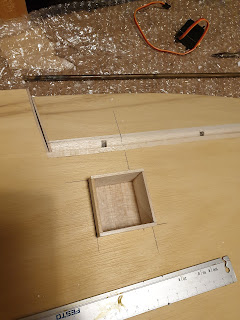 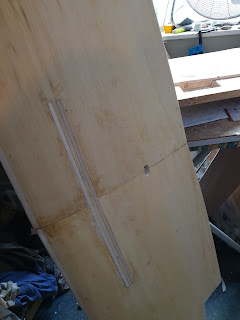 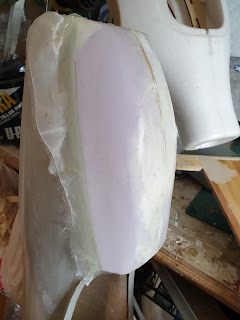 A few more jobs to do yet, then!  I hope to have her done for a maiden on the Lleyn Peninsula at the end of June, should be do-able.