Some flying and other projects

I had a great 5 hour session on my club slope at Burton Dassett this past Sunday, with 3 aircraft flown.  Booming lift, but very bumpy close-in (the trees at the base are the cause, I'm sure) and massive thermals once pushed out from the slope. 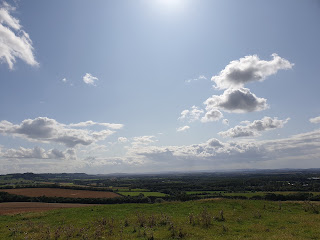 The Mini-Blade performed as well as always, but could have done with some ballast I feel, but I flew so many high powered aeros from altitude, I'll forgive it's lightness. I really don't think I've ever flown so many non-stop aeros with any other airfraft as I did with the MB that day - spectacular.

The Valkyrie went well, but it was trying my patience when rigging.  It's probably 2+ years since I'd flown her last, and I'd forgotten just how fiddly the assembly is - she might visit the workshop soon for some mods!

The new CeePee...well, it was blustery.  I managed to push her away from the slope and enjoyed the responsiveness and speed across slope, as well as a few simple aeros.  Alas, the blustery bumpiness took its toll, and she was rolled over close-in on a pass that I couldn't recover from.  The fuselage took a big crack nearly around it's circumference, ending it's day.  All repaired now, just need to add some black solarfilm over the repair.

Onto new stuff, then.

I've committed to a 150% Jet Provost build, which should be a great size for the slope, and have already modelled some cockpit parts. 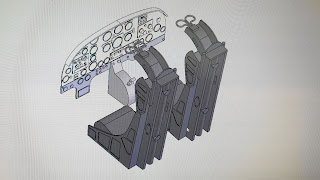 I've drawn up a 56" Gloster Meteor (Meatbox) F4 plan that I'll be getting laser cut shortly. 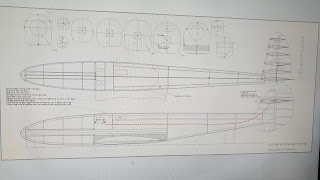 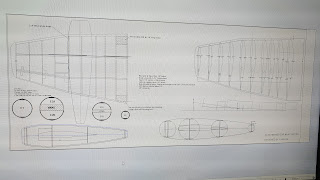 And I've started build on something else - another "century series" fighter, that Matt Jones and I are building one off each. 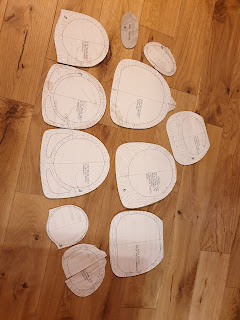