In between a few builds at the moment, so I've decided to have a look at the A10 tailplane with a view to replacing it with a lighter, stronger version.  The bottom of the TP had another spanwise crack in it, alongside the original full depth spar, so rather than re-glue it and put up with more damage next landing, it's upgrade time. 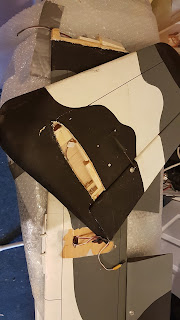 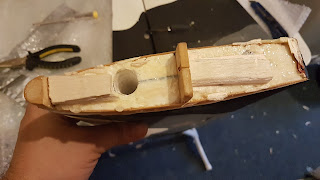 Elevators are actually built straight and not too heavy, so I will re-use these :
Other fin off now - this one was a bit more sturdy : 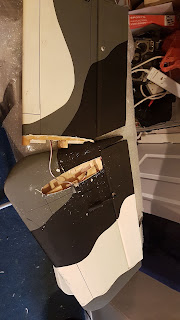 I knew I had the templates somewhere for making the foam core TP, so I got out the collection of foam wing rib templates that I've collected over recent years. A10 TP ones are at the bottom : 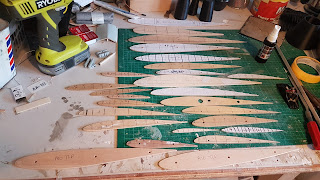 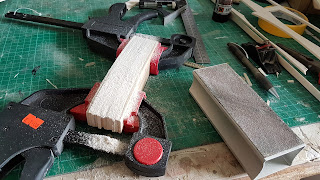 I've done two sets as Phil Cooke is re-doing his TP too (was also foam) and whilst I had the template out, I did him a set as well. 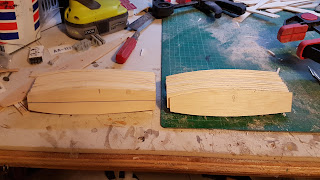 I'm at Weston Park model show tomorrow, so I will buy the 3/32" balsa that I seem to be short of for the top and bottom sheeting, plus some carbon tube that will be its spar.
Posted by Andy at 01:02