The PSSA at the Lleyn Peninsula

What an amazing weekend!

We had some fantastic weather with the best views of slope soaring in the UK all around us this last weekend, and I'm very happy with the fleet's performance, too. 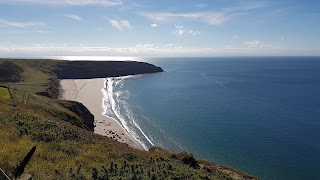 The SAAB Viggen was at last airborne in style with plenty of circuits over a 15 minute flight that gave me plenty of time to explore the niggles and nuances of this big twin delta.  It's quite strange using the left stick as a throttle on the slope adding or reducing flap on the canards through a turn, and even reducing reflex by adding flap, but increasing drag at the same time.  A strange but enjoyable experience.

The Fouga Magister has at last come of age now too, with all spar and control issues sorted, I flew her the most, including some tight 3-Fouga formation flying with Matty Jones and Rich Henderson.  This aircraft is so solid in the air, with a fantastic turn of speed and roll rate, she really is just the airplane that I wanted her to be. 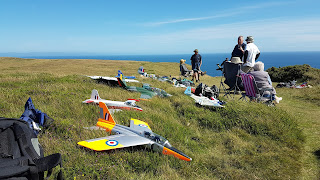 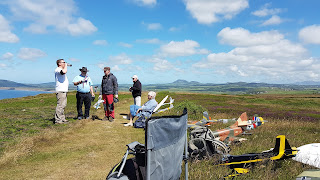 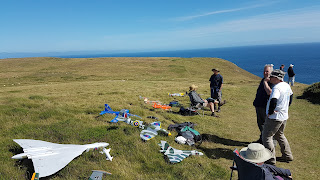 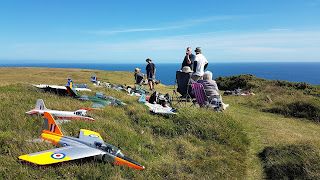 The U2 and Vulcan were also campaigned a bit, the former suffering a bit of a crack around the undercarriage doors on the Saturday, I thought she better sit the Sunday out. 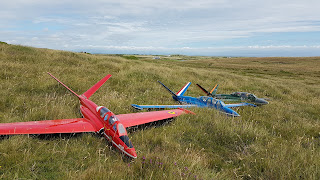 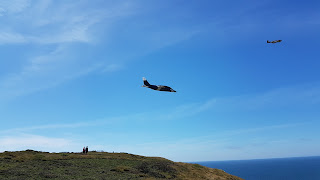 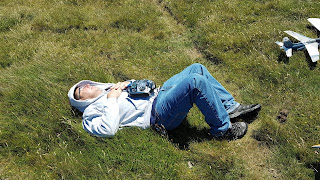 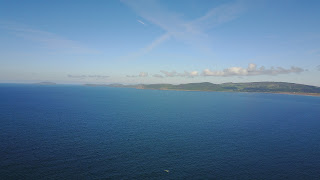 Anyway, more photos and videos to come of this epic flying trip.