Spitfire maidened, and other PSS stuff

Nearly two weeks since the amazing PSSA meet on the Lleyn, it's time to get things back to normal with a few running repairs on aircraft, and getting the next airframe through into build.  The Spit went very well, held energy well in the turns, and felt quite locked in - not at all like my previous experience of flying a model Spit I must admit. 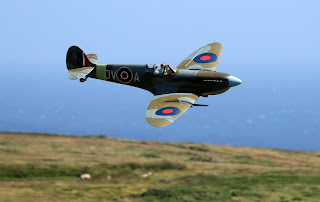 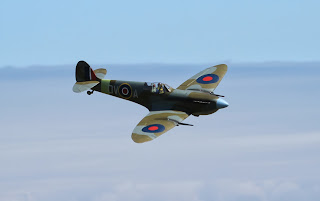 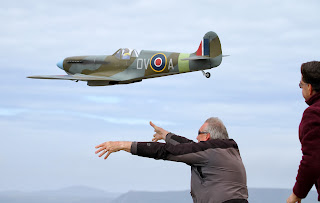 The Spit received some damage on the second landing of the day, where the tufty landing area stopped the wings abruptly and the fuselage wanted to keep going!  An hour or two in the workshop and she's all repaired again.

The Tiffie continues to impress, so much so she / I won "Best Flown Piston Model", which I was quite chuffed about.  The conditions were great for her, and proves that lighter winds (30ish vs 55mph+ on the maiden) are in her capability. 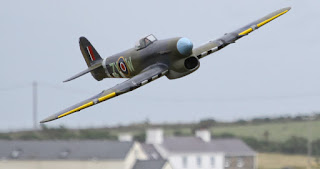 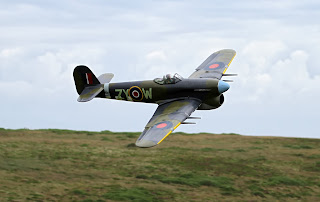 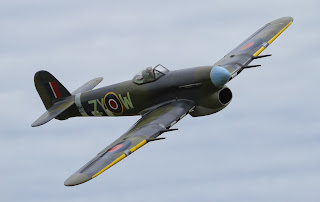 All photos courtesy of Phil Cooke.

So what's next? I'm not too sure myself, there are a few build in the queue of course - B24, F20, C17, FW190 etc. but I'm getting back into power planes a bit at the moment having joined the local club earlier in the year.

It's 4 more weekends until the Orme meet, so there won't be any new PSS aircraft from me for that meet, but I hope to get something else done before the year is out - I've completed and flown 3 brand new PSS models so far this year though.