I've been away in the van climbing mountains and walking around lakes for the past 8 days, but I managed to mix in a little bit of an Orme visit in the middle of it all.  PSSA regular Steve Howarth contacted me one night to ask if I was about on the very morning I was planning on going up, with the request of some help on the slope with a couple of models.

I flew the Carbon Mini Blade for a good few hours meeting some local fliers, and awaited Steve to finish work.  His Aermacchi MB339 is one of the original kits produced by Ray Jones more than 20 years ago, and had been flown a long time by Steve until a bad crash required some re-manufacture of the fuselage.  The resultant weight increase gave Steve some worries with the maiden, but she did look resplendent in her new colour scheme.

Anyway, I tossed her off the edge after range and control sanity checks, and she grooved away well in the 25mph SW we were flying in, her 7lb weight easily carried by the large wing area. 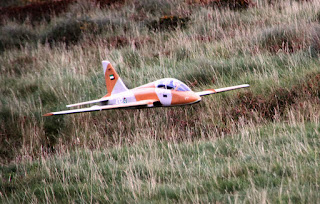 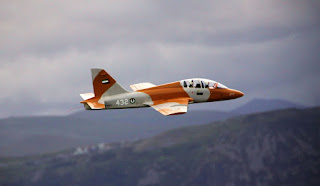 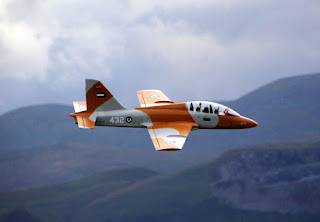 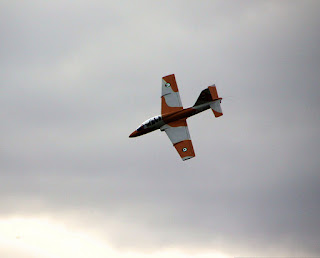 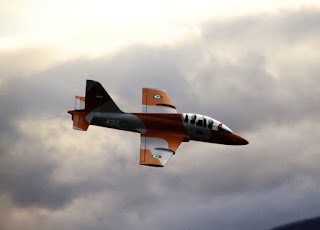 The Lightning (again, ex Ray Jones from the Flair kit) was prepared, and a dodgy battery was swapped out after a range check.  This thing is light!  Unfortunately I failed to get flying shots as I was busy helping out Rocket Ron with launching his PSS DH Swallow, and Steve landed after a quick flight check as the Lightning wasn't penetrating so well.  Anyway, two nice new planes to look out for at the last official PSSA event in October.